TubeMU, It is a vintage compressor that emulates the density and the RMS generated in this type of device equipped with valves with a variable «MU» factor, initially designed for radio frequency. This one in particular is called “Variable - Mu” and it means that the amplification gain is variable by polarizing the “grids of the first two triode valves” with negative voltage. The higher the amplified signal, by the internal side chain circuit, the higher the control voltage and therefore the greater the gain reduction. The uniformity of the signal is given because its control circuit is of the “Feedback Compressor” type and for that reason this type of machine has the distinctive musicality.

These compressors behave in a totally different way from the others, such as Optics, VCA, FET, and Diode Bridge, the latter also very similar to the "Variable - Mu" but with greater distortion.

With TubeMU, we can obtain large and uniform reverbs, as in many productions of a few years ago and of the style “Trance” current. A smooth way to embellish all kinds of instruments, complete mixes, and grouping buses for linking instruments and vocals.

TubeMUIt's surely the sweetest compressor in your tool drawer, but don't worry if you don't know if it will be optimal for this style or that. TubeMU it is an all-rounder.

Compare the differences between (A) normal and (B) processed

DESCRIPTION OF THE AUDIOS USED 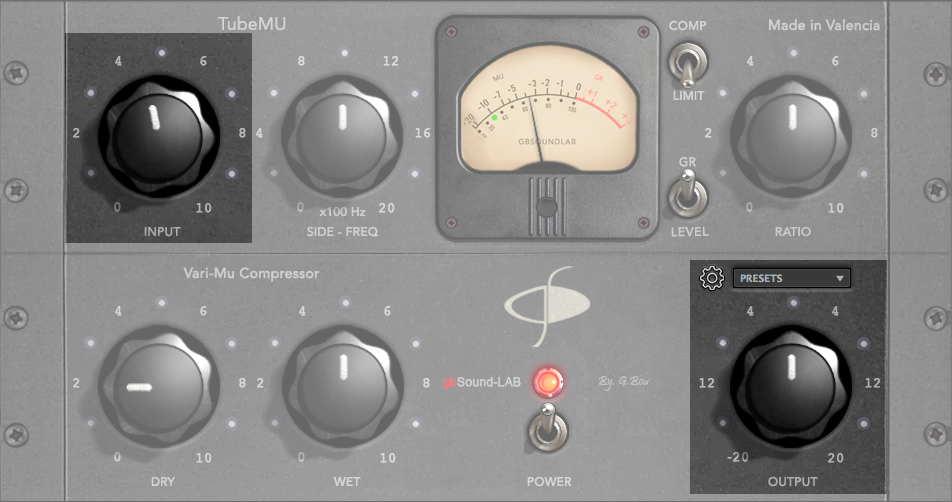 For this reason, any increase or attenuation of "INPUT" will affect the results. We can also appreciate an increase in gain before exceeding the signal threshold, where the compression process will begin. 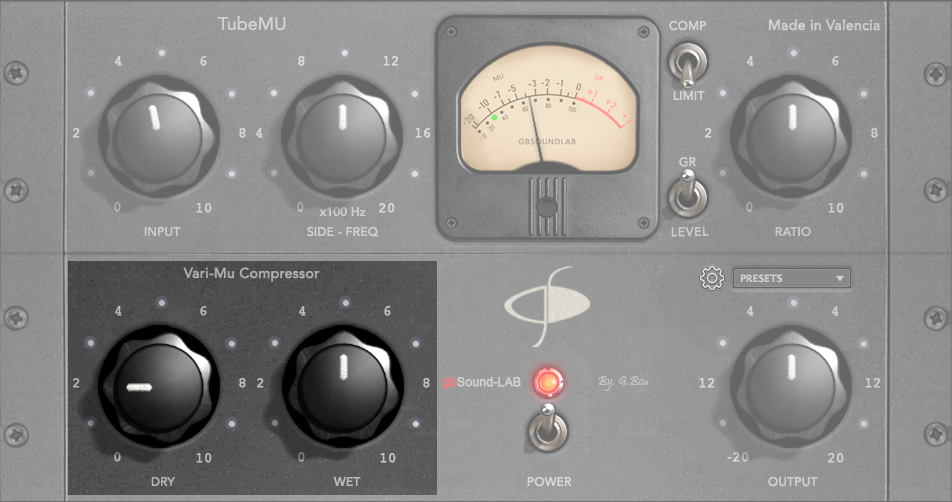 DRY / WET: We can get a mix of the two, or just “Wet” as the compressor output level.

Both Dry and Wet are protected by "LIMIT". In this way we can mix the two channels without worrying about the small peaks that appear due to the sum. 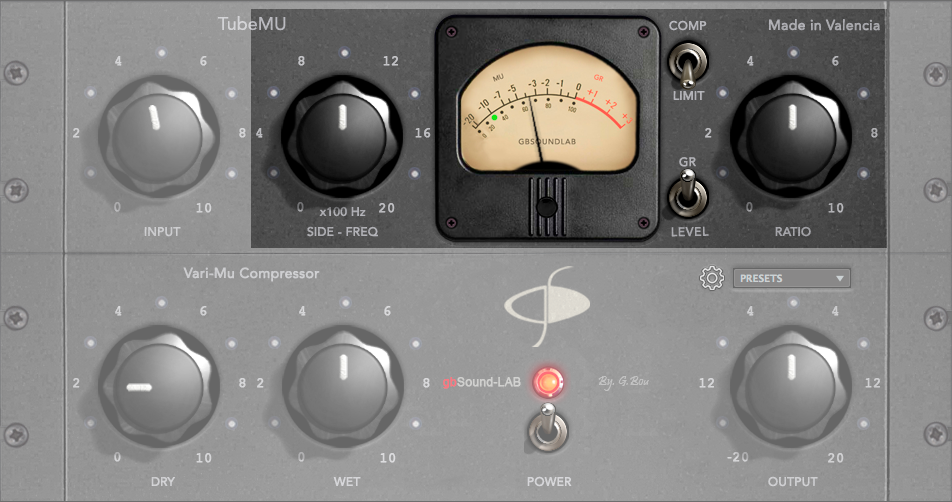 SIDE FREQ: adjusts the working frequency of the side chain, adding more body and nuance in compression. The setting is intuitive, sticking to nothing in particular, except that the higher the frequency, the less possibility of pumping. Just adjust until we get the sound that we like the most.

VUMETER  /  GR-LEVEL: with “LEVEL” output signal measurement options and “GR” gain reduction. The “green” mark is the most stable and intense point. Variable Mu, when it exceeds a certain control voltage, it remains out of range, and this is due to saturation of "Mu" when the "Grids" of the first two compression valves can no longer tolerate any more negative stress. It is as if they reached the maximum of producing profit variation.

I am a lover of acoustic sound and my style is a distillate of influences based on folk / pop, country, bossa and primitive jazz. In my compositions there is always a descriptive key, an atmosphere to portray, with texts that tell vital stories, with axes such as travel and metaphors about life. For this reason, the sound treatment of the work is decisive, so as not to lose its essence and primary warmth.
Comboi:   https://www.comboirecords.com/
Youtube:   https://www.youtube.com/channel/UCJLWxXIhC4wYaRu2tTt5JGQ

The alternative to get that heat, I found it a long time ago in these gbSoundlab plugins. Precise emulations of processors such as TubeMU, o EasyMix to quote some are the proof of transferring the soul of the compressors and tube preamps, to the computerized mute, preserving the heat of its origins. 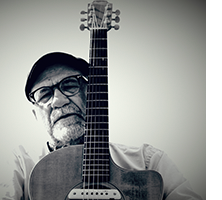 I usually work ITB, composing orchestral and cinematic music in my DAW. For this reason, when I apply some effects, I try not to distort what might evoke the sound of a symphony orchestra. This is where the gbSoundlab plugins come into play.
Web:   https://www.javierquilis.com/
Youtube:   https://www.youtube.com/channel/UCl5e4a97KjDf-eAH5cSmMlw

From EasyMix, going by Clean Buss or EqPhonic, they all have one element in common: their musicality. This helps make mixing and mastering a natural process of enjoyment, where the little details make all the difference.
I highlight the recent plugin TubeMu, a precise recreation of the famous variable mu valve compressor, which adds warmth and fill to any sound signal that is applied.

Finally, highlight the "quality / price" ratio of your products. They certainly deserve to be in any production set-up. 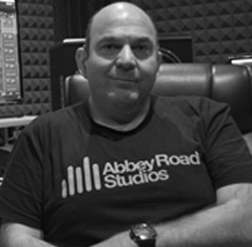 Since 1980 I have been making my "noises" with stable formations, despite the fact that I started with the world of music much earlier. Since then I have been part of groups such as “Ultima Emoción” and I was a founding member of “MEGABEAT” and of course Interfront, with which I continue constantly both in terms of composition and live performances. I have collaborated in several productions and parallel projects, productions almost always related to electronics. And this is where I “stumbled” for the second time with Germán Bou (in 1990 we were part of the MEGABEAT label) and now gbSoundlab is the one who makes everything sound much better.

“No DAW should be missing a plugin gbSoundlab” 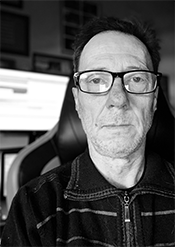